Athletic Lab is proud to announce an addition and restructuring to our coaching staff. Coach Andy Sherman has joined our staff following the completion of his Athletic Lab mentorship program and Austin Both and Matt Hunter have been promoted to Director roles. Athletic Lab already has one of the most educated, experienced and credentialed coaching staffs in the entire country and we look forward to these changes making us stronger than ever. 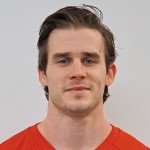 Andy Sherman is the latest addition to our coaching staff. In his new capacity, Andy will coach both Performance Fitness and Sports Performance sessions.  Andy completed his Athletic Lab mentorship in the Fall of 2018 and was immediately added to our staff. Andy joins us following successful coaching stints at the collegiate and private sector levels. Collegiately, Andy worked at the University of Rhode Island. Andy is recognized as a Certified Strength and Conditioning Specialist (CSCS) by the National Strength and Conditioning Association, a Precision Nutrition Level 1 Coach (PN1), and has completed his Level 1 Reflexive Performance Reset Certification (RPR-1).

Andy joins Athletic Lab with an incredible coaching, educational and experiential background. He’s worked with everyone from elite professionals through the general population and his education and credentialing are top notch. He’s exactly the kind of coach that Athletic Lab is known for. 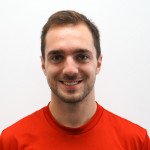 Matt Hunter has been promoted to the Director of Scholastic Training. In this new role, Matt will oversee our Scholastic Sports Performance Program as well as assist with the education in our Coaches Mentorship program. Matt joined the Athletic Lab coaching staff in the Fall of 2016 following his successful completion of our coaches mentorship program. Since joining the staff, Matt has proven himself as one of our most popular and diverse coaches and has worked with both our fitness and sports performance clients including assisting with our professional athletes and teams like the North Carolina Football Club. Prior to Athletic Lab, Matt had stints at two of the most successful sports performance facilities in the country. Matt was a two time collegiate All-American in Track & Field and competed post-collegiately as a decathlete.

In Matt, we have a team member who has a wealth of knowledge and experience both as an athlete and as a coach. Since taking over our Scholastic Sports Performance program he’s already implemented some exciting changes that have grown the program and received great feedback. 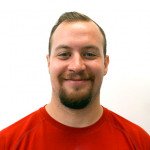 Austin Both has been promoted to General Manager. Austin first joined Athletic Lab as part of our Coaching Mentorship in 2017. Prior to his mentorship, Austin completed internships with Saddlebrook Sports Performance and the University of Tampa. Austin earned his degree in Human Performance after completing his enlistment with the U.S. Army as an indirect fire infantryman. Since joining Athletic Lab, Austin has served a critical role with our sports performance programs and as an assistant with the North Carolina Courage. In his new role, Austin will help manage day to day operations.

Since joining Athletic Lab, Austin has proven himself as a great asset to our staff. He’s a great leader, respected coach, and is willing to do whatever is necessary to move us forward. His assistance with the North Carolina Courage was pivotal in their success in 2018. As we move in to 2019 and expand in to both our new home at the Wake Competition Center and open our satellite location in Holly Springs, Austin is the perfect fit to keep us moving forward.