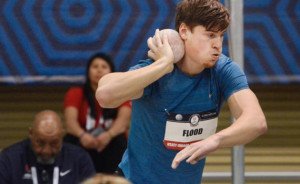 Two members of Athletic Lab’s Track & Field Club recently competed at the USA Track & Field Indoor National Championships in Annapolis, MD . Jack Flood and Will Eggers both competed in the heptathlon. The heptathlon is a grueling seven event competition contested over 2 consecutive days. Points are awarded based on the performance in each of the 7 events. The event is the indoor equivalent of the decathlon.

Jack and Will both had banner days and placed 3rd and 8th respectively. Flood set a personal best in the event with a score of 5,714. Will had a seasonal best performance of 5,221.

Jack Flood is a former collegiate Division 3 National Champion for the University of Cortland and has represented the US at the prestigious Thorpe Cup. Will is a former Big East conference champion in the heptathlon.