[Alex Penner is the Director of Coaching & Community at Athletic Lab]

A recurring theme in the previous two motor learning (part 1, part 2) blogs is the necessity of struggle during the learning process. True learning doesn’t come easy, so it follows that effort is a requirement. However, when asking any current or former athlete to recall some of their greatest moments in sports, they’ll often describe a feeling of “effortlessness.” Ask them to recall one of their worst performances and they may describe it as “forced.” It’s counterintuitive that performance decrements could result from trying harder, but it appears that this notion is supported both by anecdotes and what is known about motor control. This article will aim to explain the role of unconscious processing in motor learning and performance. 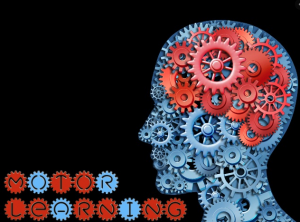 First, it’s necessary to have a basic understanding of how the nervous system is involved in movement. The nervous system can be thought of as the software that controls muscle action. Sensory neurons pick up information about our body and the environment, while motor neurons deliver messages to the muscles to either contract or relax. The brain is the command center where movement signals originate, with the exception of reflex arcs which go directly from the sensory neurons to the spinal cord before triggering an involuntary muscle action (Powers & Howley, 2014, pp. 146-148).

Within the brain, there is just as much unconscious processing ongoing as there is conscious processing. While reading this article, you probably haven’t been concentrating on breathing, but you’ve been doing it anyway and can control it if you choose. Alternatively, as conscious as you may be of your heart rate during times of high arousal, you don’t get a choice as to when it beats. It’s regulated unconsciously, and this is a good thing because your life would be in danger frequently if your heart required conscious thought to beat. You wouldn’t dare to think about much else!

Moving beyond non-voluntary movement, we see that even volitional movements are the product of both conscious and unconscious processing. Here’s a brief rundown on how this occurs. Within the brain, there are 3 key areas that control movement: the cerebrum, the cerebellum, and the basal nuclei. The cerebrum is both the originator and executor of motor signals. It sends initial “drafts” of movement intentions to the cerebellum and basal nuclei, where the plans get compared to sensory feedback and revised, smoothing out the motions (Tortora & Derrickson, 2014, p. 565). The cerebellum is primarily involved with coordinating rapid, highly skilled movements, while the basal nuclei is involved to a larger degree in coordinating slower and deliberate motions. After revision, the cerebrum sends the signal down the spinal cord, during which feedback from sensory neurons may still influence the motor signal in what is called “spinal tuning” before reaching the target muscle groups (Powers & Howley, 2014, p. 156). “Spinal tuning” is an unconscious process, but it assists us in moving more smoothly and adapting the changes in the body’s positions and environmental stimuli.

Note that the unconscious processes that take place in the cerebellum & basal nuclei as well as during spinal tuning are dependent on sensory feedback. Proprioceptors – such as muscle-spindles, tendon organs, and joint receptors – inform the CNS about joint positions, tendon tension, muscle length, etc. (Tortora & Derrickson, 2014, pp. 553-555). There are many more receptors in addition to these, but what’s important to understand is that sensory feedback is perhaps the most important form of feedback in the motor learning process. Although augmented feedback is incredibly valuable, there is no amount of instruction that can replace experience. Hence why guided discovery is favorable over explicit instruction (Statler & Dubois, 2015, p. 171). 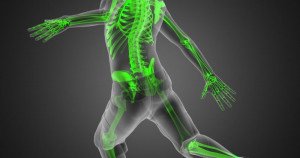 In his book Mechanisms of Memory, J. David Sweatts (2005) explains that in learning a motor skill “one does not consciously work out the pattern of firing of individual muscles—indeed we by-and-large don’t have very much control over the contraction of single muscles and are not really conscious of them as single units”. The greater the complexity of the task, the more that we must rely on unconscious processing. Consider the type of focus necessary when driving (or learning to drive) an automobile. It’s a highly complex skill with broad attentional requirements. You must be aware of the speed and position of their own vehicle as well as the position and speed of any other cars sharing the road. You must notice signage, traffic lights, pedestrians, and any relevant landmarks that indicate their geographical location. The list of sensory stimuli could continue endlessly. There are so many things that the driver must be able to pick-up on that any effort to focus more narrowly on some aspect of the environment or on operating the vehicle would only increase the likelihood of an accident. We see this frequently in sports in what’s commonly known as “choking” (Sweatt, 2010). For any number of reasons, the athlete becomes overly conscious of either their self or their environment, disrupting their ability to execute. In American football, defending teams will strategically call a timeout as the opposing team prepares to take a field goal attempt, giving the kicker time to overthink and fail what is a routine movement for them. Perhaps a key reason that outcome-oriented or external cues tend to be more effective than internal cues, is simply because they decrease the self-consciousness of the athlete and allow the body to self-organize.

This brings us to the topic of concentration and distraction in learning and performance. During the learning process, concentrated effort generally leads to better performance acutely. But as mentioned in previous posts, acute practice performance is not a reliable indication of skill retention and transfer to the competition.

Distracted learning, which limits conscious processing of the skill, impairs performance in the practice but enhances performance in the game (Torres-Oviedo et al, 2011). This makes sense because the competition environment is often riddled with distractions. If it requires supreme concentration to learn the skill in practice, it’s unlikely to actualize in uncontrolled conditions. To clarify, distracted learning doesn’t necessarily mean that you need a crowd of hecklers at practice whom you would expect at a game. Practically, it often looks like performing multiple tasks simultaneously. For example, a quarterback can practice passing to a receiver in isolation, but we could create distraction for the quarterback by adding a pass-rusher whom they must avoid in the process.

Through this blog series, it should become apparent that robust learning is slow learning. That which is gained rapidly is likely to vanish rapidly as well. In that regard, motor learning does not stop at skill acquisition but must progress to stabilization, and finally actualization (Pfaff, 2018).

Initial skill acquisition will certainly require some degree of conscious thought, but the progression toward stabilization and actualization will necessitate a shift to unconscious processing, and distraction appears to be a key player in making that transition (Sweatt, 2010).