Post-Activation Potentiation by Austin Both

[Austin Both is the Associate Performance Director of Athletic Lab] 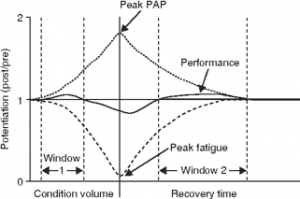 Post-activation potentiation (PAP) is a phrase and concept commonly known amongst most coaches. For athletes and other fitness enthusiasts; however, it might sound like some overly complex term used in an attempt to sound qualified. Although it sounds highly technical, its definition is relatively simple. PAP can be defined as “a phenomenon by which the force exerted by a muscle is increased due to its previous contraction” (Robbins, 2005). In practical terms, this essentially means that following a rapid and forceful contraction, you are capable of producing greater force. As a result, we can harness this effect and use it to our advantage in a multitude of ways.

The first and simplest consideration would be exercise order in a session. While there are many factors that cause coaches to program power-based movements early in the session, PAP can be considered amongst them. While we want to prioritize these movements, such as weightlifting patterns, jumps, throws, swings, etc. due to cognitive demands and the quality decrement that fatigue would place upon them, they can also enhance the training that is to follow. Beginning a session with something like a clean pll or a power clean can cause a PAP effect on the ensuing lower body movements, allowing for great force production and subsequently greater strength gains. 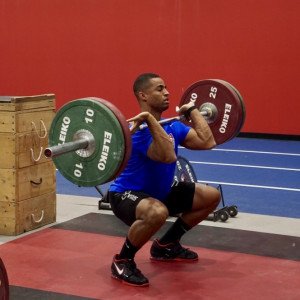 Similar to exercise order throughout a session, exercises can be advantageously paired together for a positive effect. The aim of these pairings is to elicit improved outcomes for force, power, and rate of force development, both in an acute sense and for long-term adaptations (Hodgson et al., 2005). This is generally regarded as contrast training. One such example would begin with a maximal isometric exercise, such as a mid-thigh pull which will allow the athlete to produce as much force as possible. This could then be followed by a jump squat or similar pattern that will allow the athlete to actualize this increased force production into a power-based movement. A specific form of contrast training is known as the French Contrast Method that will alternate between high force patterns and high velocity patterns with as many as 4 movements within the grouping (Aragoncillo, 2014).

One of the most common and useful exploitations of PAP is seen within the warmup. This is one of the exact reasons speed training is often preceded by buildups or something similar. Explosive movements can be used before training or competition to not only to decrease the likelihood of injury, but also to serve as a means to enhance performance. Coaches have been using this strategy long before researchers gathered evidence to suggest its efficacy. In recent years; however, there is a rather strong body of evidence that suggest utilizing explosive movements during the warmup can improve performance on strength, speed, and power tasks (DeRenne, 2010). Although some researchers have shown a decrease in performance while attempting to elicit PAP during warmups, these decrements can likely be attributed to fatigue (DeRenne, 2010). With that in mind, when attempting to utilize PAP either within training or in warmups, be cautious of the fine line between potentiation and fatigue.