Athletic Lab is proud to announce additions and promotions to our coaching staff. The following changes make the Athletic lab team the deepest it has ever been:

Athletic Lab already has one of the most educated, experienced and credentialed coaching staffs in the entire country and we look forward to these changes making us stronger than ever. 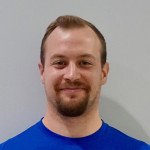 Austin Both has been promoted to Associate Performance Director. Austin first joined Athletic Lab as part of our Coaching Mentorship in 2017. Prior to his mentorship, Austin completed internships with Saddlebrook Sports Performance and the University of Tampa. Austin earned his degree in Human Performance after completing his enlistment with the U.S. Army as an indirect fire infantryman. During his time at Athletic Lab he has served as an assistant with the North Carolina Courage and was previously the General Manager at Athletic Lab. In his new role, Austin will assist with day to day operations and coaching quality control, and oversee programming and administration of our Scholastic Sports Performance Program.

Austin has proven himself as a great asset to our staff. He’s a great leader, respected coach, and is willing to do whatever is necessary to move us forward. Austin is someone who makes everyone around him better. 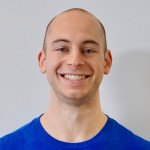 Alex Penner has been promoted to the Director of Coaching and Community. In this role, Alex will oversee all programming for our Performance Fitness Program, manage community events, and assist with our Coaches Mentorship program. Alex joined the Athletic Lab coaching staff in 2018 following the successful completion of our coaches mentorship program. Since joining the staff, Alex has proven himself as one of our most popular and well rounded coaches. He has worked with both our fitness and sports performance clients including assisting with our professional athletes and teams like the North Carolina Football Club.

Alex has proven himself to be brilliant with training theory and planning so taking over programming responsibilities for our Performance Fitness training was a no brainer. This same understanding of training theory and coaching science will also make him a fantastic addition for our coaching education initiatives. 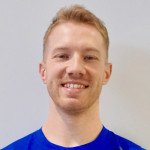 Beau Hains returns to Athletic Lab following an almost 4 year hiatus. Beau has been hired as the Director of Team Training. In this role, he will oversee team training initiatives at Athletic Lab including our training of the North Carolina Football Club Youth teams and seasonal team and special population training. Beau completed the Athletic Lab coaching mentorship in 2016. Following the completion of his mentorship he went on to work in the private sector, collegiately and with the Chinese Olympic Committee.

The addition of Beau will be huge for us. I’ve been trying to bring Beau back to Athletic Lab since the end of his mentorship in 2016 and I’m glad it’s finally worked out. His credentials and experience are exactly what we look for in a coach. His background working with team sports makes him a natural fit for this newly created role.